The Simple Reason Why Some Powerful, Rich, and Famous Men Sexually Harass Women 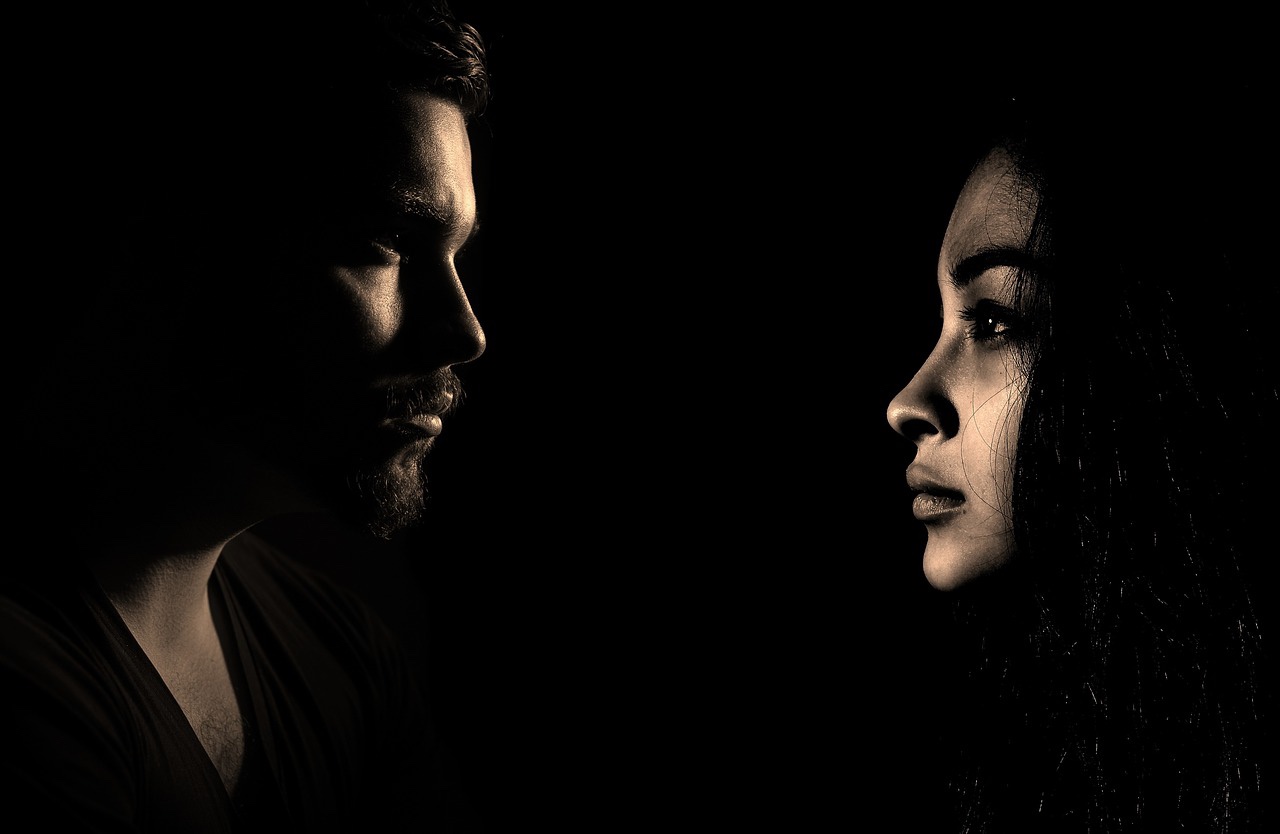 These are just a few big names accused of sexual harassment, but the list won't end here.

Why? Because, there are more women to come forward, more men to be accused, and more big names yet to come up.

For any woman who has been sexually harassed, these big name call-outs must feel like a victory of sorts (i.e., the truth is out and karma is biting back).

Still, maybe the names of these famous harassers (alleged) have you thinking this:

"Harvey? Yeah. I get it. He's hideously ugly and he seems like a jerk...but Matt Lauer?? Huh? He's rich, famous, AND good-looking. It doesn't make sense..."

In fact, a lot of harassment or abuse claims that have been made against high-profile men do not make sense.

Plus, this whole subject is very touchy and confusing, right?

So, a better way to understand all of this is that there are different degrees of harassment accusations.

Some accusations are baseless and done out of a need for revenge or money by unscrupulous women.

Some accusations originate from poor judgment errors by dudes who were trying to hook up (and they failed miserably while skeeving out the woman).

Then, some accusations come after acts of straight-up evil - committed by ultra-creepy dudes who need to be locked up for the good of society.

Of course, if you know the simple reason why some powerful, rich, or famous men harass women, all of this makes even more sense. 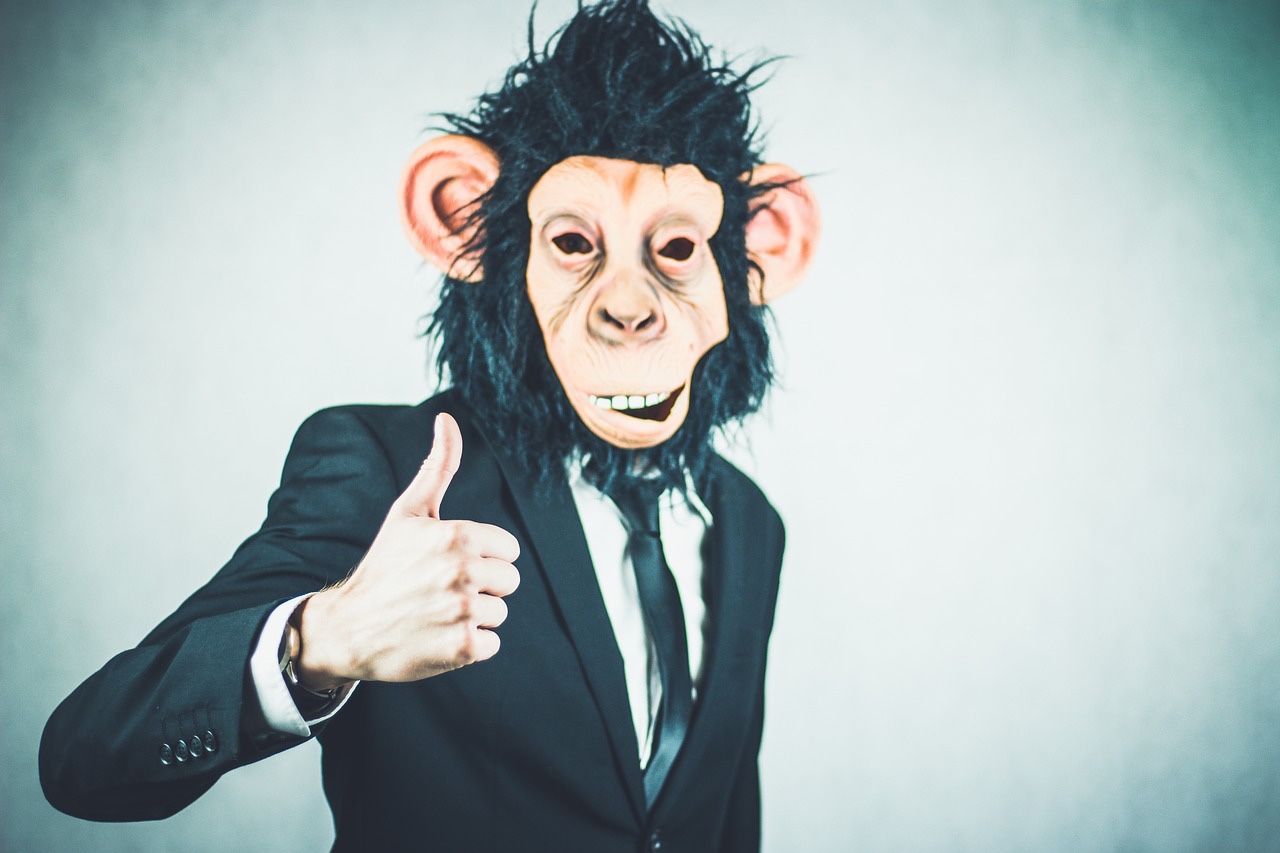 From an early age, young men see Power, Money, and Fame as a fast-track to dating the hottest women.

We see a world where you have to be a successful "Alpha" male to get the pretty girl.

We see a world where status = hot babes.

It's a bit like Joe Perry from Aerosmith once said:

"I started playing guitar so I could get into a band and get chicks..."

Now, for Joe and most other successful men who do NOT harass women, this approach works.

It works because Joe is doing what he loves for a living AND he actually knows what he's doing with women.

Also, Joe did not fall victim to the paradox of power, money, and fame which can happen when these conditions are present:

These conditions are common with a lot of successful men, but paradoxically, the man's attractiveness to new women might actually decrease.

With the PMF Paradox, the man thinks that he no longer has to actually do anything to get a woman's attention, or get a date, or get sex.

He thinks he is entitled to these things.

Now, here's how these conditions may affect a man's attractiveness and skill with women:

Effect: the man disconnects from his real passions, has fewer real-world experiences with women, or wrongly tries to "connect" with women who are convenient (e.g., work associates).

Long hours and lack of sleep may also negatively affect the man's mental and physical appeal.

Plus, because of the pressures of work, the man may be a twitchy ball of nerves, lose his ability to have fun, and wrongly lean on his PMF to succeed with women.

He is unable to stay present in the moment with new women and views sex with a new woman as another goal to be pursued (all of which makes him obnoxious, boring, or scary to women).

Effect: As the man becomes more powerful, wealthier, or more famous, he turns into a world-class douchebag, disconnects from reality, and is unattractive and annoying to most women.

He lacks the ability to connect with women in a laid-back or meaningful way.

No Understanding of Women and How to Date Them

Effect: For most sexual harassers, they lacked the knowledge and ability to win with women before they became powerful, wealthy, or famous.

So, even with their hard-earned success, they see a lack of sexual interest from women and this creates a deep thread of anger, bitterness, or resentment.

This thread is the driving force behind otherwise smart men doing weird, creepy, or even evil things to women who sexually reject them.

So, for some (NOT all) men, their very pursuit of power, money, and fame can have a deleterious effect on their ability to succeed with women.

In fact, when it comes to men doing creepy shit to women, it always comes back to the same thing... 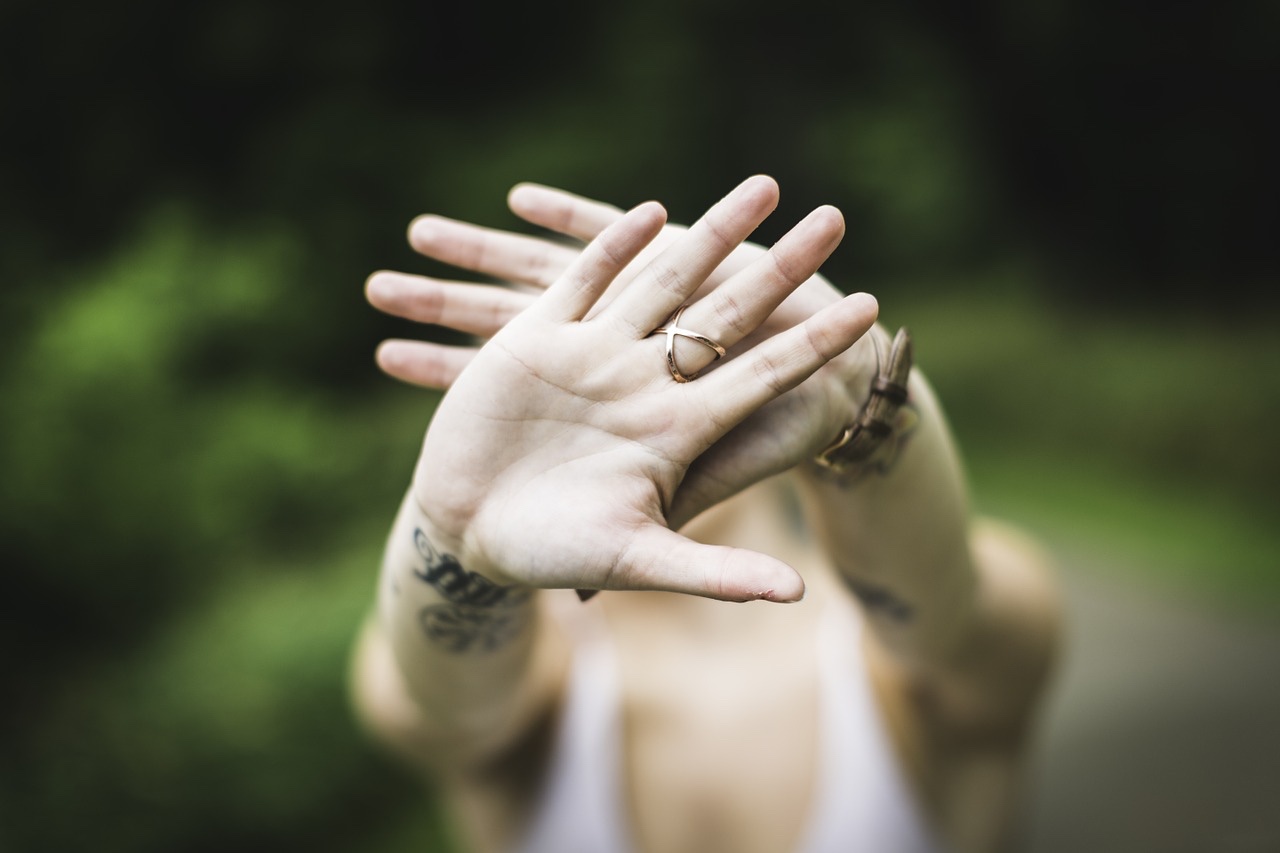 Why Bill Maher is Right

When the Bill O' Reilly harassment scandal broke, a panel of guests on HBO's Real Time with Bill Maher asked the big "why" question.

They argued it was a "culture of harassment" at Fox News.

They made the "cis-gender male patriarchal society" argument.

They said it was about an abuse of power but Bill Maher disagreed and dropped this simple and more reasonable explanation:

On a different show, Maher also lambasted Harvey Weinstein - advising him to shave and lose weight so he wouldn't have to force himself on women.

So, Bill nailed it with this simple idea:

Men who sexually harass women simply have no clue what they're doing around women.

In fact, most sexual harassers think they're making all the right moves - especially when it's a perp whose bloated ego blurs the lines of reality.

Now, of course, the vast majority of men who are powerful, wealthy, and famous do NOT harass women because they don't feel entitled to a woman's time, attention, or her body.

Of course, you never hear about these guys in the news harassing women because they know how to talk to women, make them comfortable, and get dates.

For those powerful, rich, and famous guys who do NOT harass women, the PMF Paradox simply does not apply.

So, for all guys (rich, poor, or doing okay), it all just goes back to comfort and connection for succeeding with women.

In fact, every guy I know who is good with women knows the importance of comfort and connection as a starting point.

Any guy who is good with women knows this as gospel.

Now, did Charlie Rose make his female work associates feel comfortable when he'd walk around naked in front of them (allegedly)?

Did Matt Lauer form a warm connection by gifting a sex toy to a work associate in a weird attempt at seduction (allegedly)?

No. Not even close.

Did Harvey Weinstein inspire comfort when he terrorized actresses by asking them to watch him shower down his hairy, flabby body during an "audition"?

No (and what a lowlife garbage-human).

Sure, all of these men may have used their power to help in the cover-up aspects of their failed seduction attempts.

Still, their actions all fall into the category of pathetically awful come-ons to women who probably now need medication and therapy.

In fact, the awkward and bizarre nature of their attempts to seduce women were the result of a lack of power - specifically in the area of talking to and dating women. 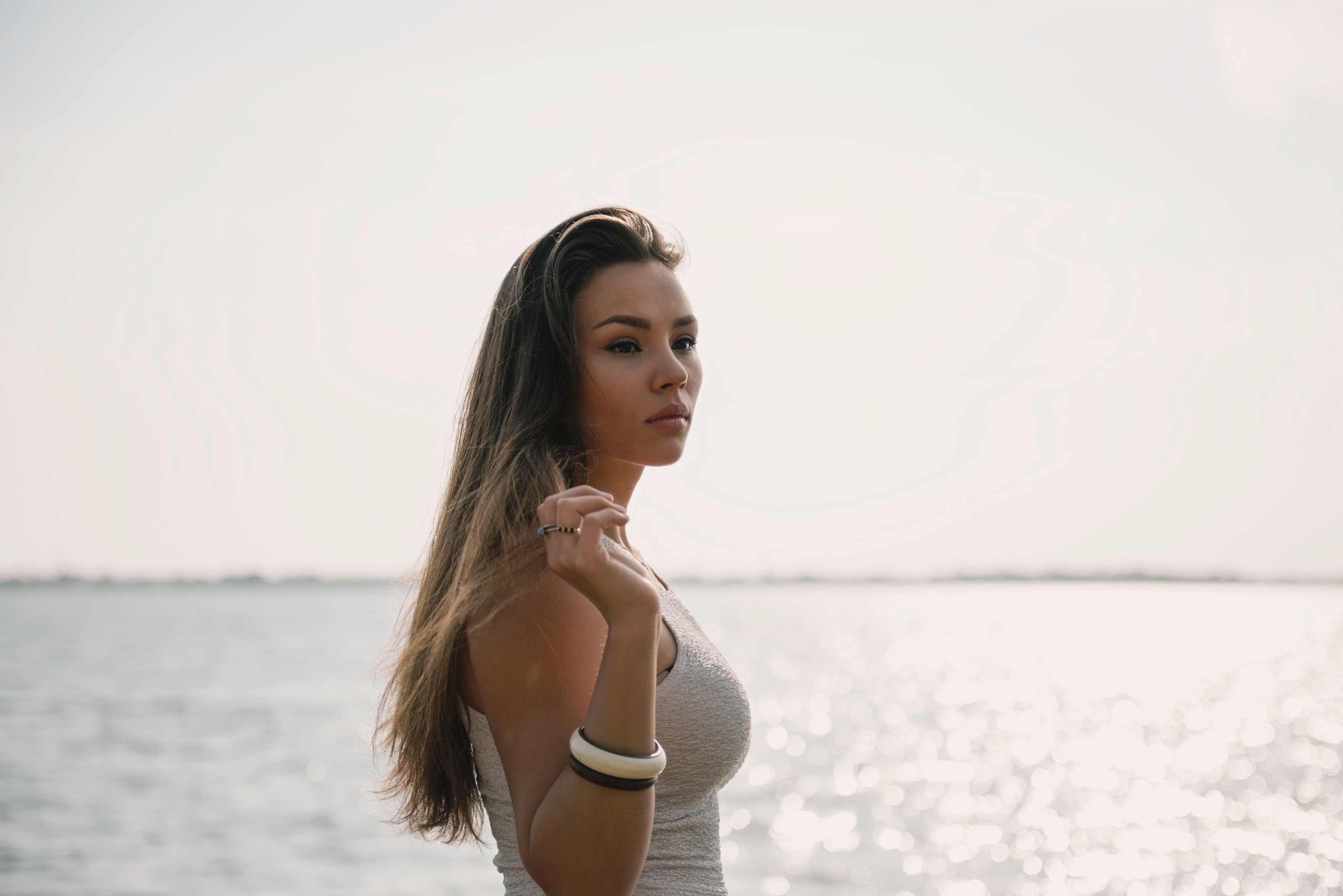 What to Know if You're Just a Regular Dude

The truth is, none of us guys ever receive a proper education on how to relate to women, talk to them, and date them.

My advice for single men?

Read and learn as much as you can about how women think and how to be your best, most attractive you.

This is important when considering these commonalities among many harassers you might read about in the news:

With these men, their dating education was pre-internet (for better or worse).

Also, because of the PMF Paradox, they simply never figured out this part of their life.

Add in big egos, bitterness towards women who reject them, and disaster ensues.

So, if you're a driven guy, always be aware of the PMF Paradox and these ideas for preventing it:

Most importantly, remember that attracting and succeeding with women is a skill that can be developed - even if you're just an Average Joe who has zero power, zero money, and zero fame.

When you work on this aspect of your life and you work on yourself, things can be shockingly easy with women.

The truth is, you don't need power, money, or fame to land a hot girlfriend or a beautiful wife.

You just need a little dating prep and education.

You just need the understanding that being good with women is something you can work on.

You just need women to see you...at your best.