A Bullet-Proof Action Plan to Escape the Friend Zone 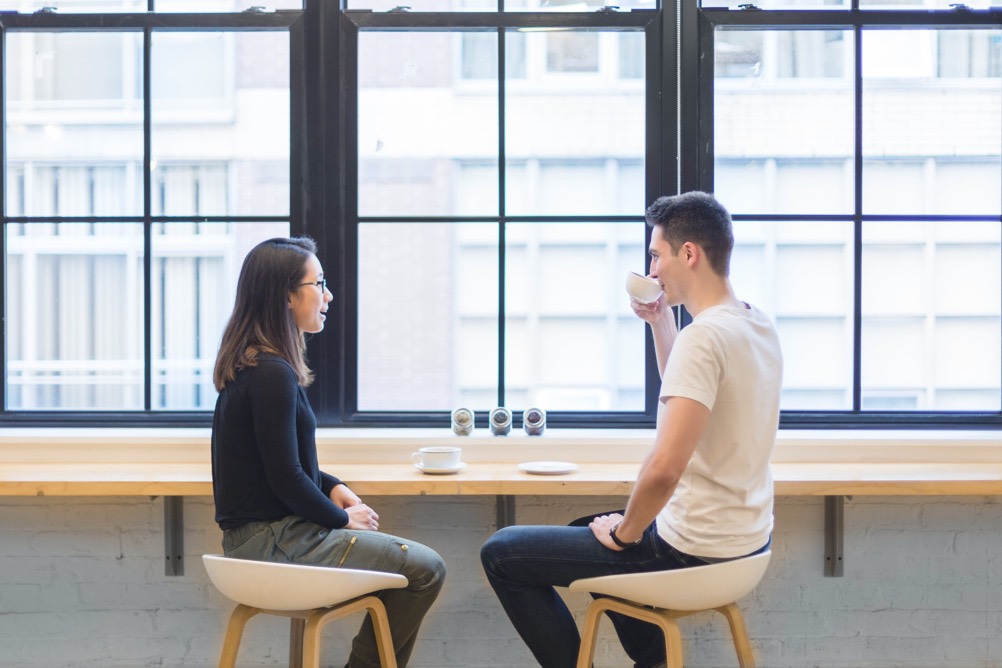 Why does being in the Friend Zone suck so bad?

Because, being in the Friend Zone might feel like you’re working your butt off at an unpaid internship at a great company and later realizing that they have no intention of ever hiring you.

It might feel like you’re doing the “work,” putting in the hours, and you get nothing – while some other “jerk” sails past you toward success.*

The only difference is that internships usually end after a certain time - while the Friend Zone can go on forever.

Plus, since the object of your affection sees you as "just friends," you get to hear all about her dating or romantic dilemmas...all while thinking this inside:

"I'm trying to be cool here but this REALLY sucks...and this guy she likes...what a total douchebag!"

Now, if you're stuck in the Friend Zone right now, here’s how to get out...

If you're triggered by this "unpaid internship" analogy, I get it. A guy to whom you extend the hand of friendship is not somehow entitled to love and affection from you (and he's definitely not entitled to your body). No, you didn't put him in any "zone." You were just being cool, he thought you were hot and wanted to jump your bones, but you didn't like him in "that way." Later on, shit got weird (or even scary) with a guy you thought was your friend, right? Oh yeah.

So, if this analogy bothers you, I get it.

Now, if you're really a legit-cool chick, go ahead and take a deep breath and understand this idea: This is how dudes cope.

We get frustrated as single men, we use terms like "stuck in the Friend Zone," and we make it the woman's fault (and not our own). This happens because most guys never receive any education on how to talk to women or date them.

The good news here is that this article, this site, the program, and the Reboundy Rules podcast are changing all that. Now, if you're still triggered by this analogy, I don't know what else to tell you besides this: Keep reading and I promise you'll feel better. Everything's gonna be okay :-) 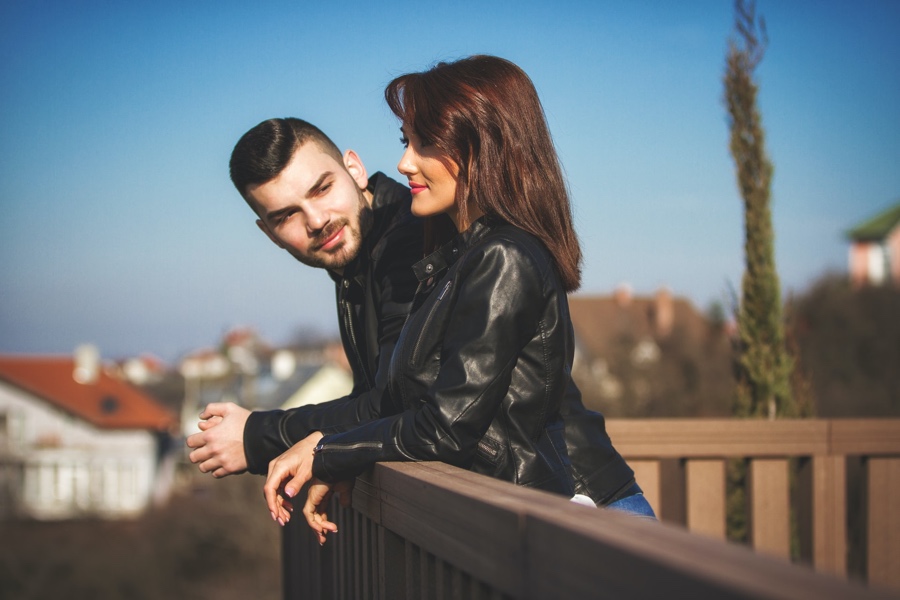 The first step toward escaping the Friend Zone is to acknowledge the fact that there are certain behaviors that may have landed you there in the first place.

Here are the ones you want to cut out today:

In fact, you may even be playing the role of "stand-in" boyfriend with none of the benefits of a real one.

Now, I’m not advising you to be an unreliable, unavailable asshole.

Just find a polite and believable way to avoid these behaviors.

"My plans fell through for Friday night? Wanna catch a movie and get drinks afterward?"

(Translation: The guy she really wants to hang out with is busy)

"That sounds awesome, but I already have plans. Next time?"

Read more about the most common Friend Zone behaviors here... 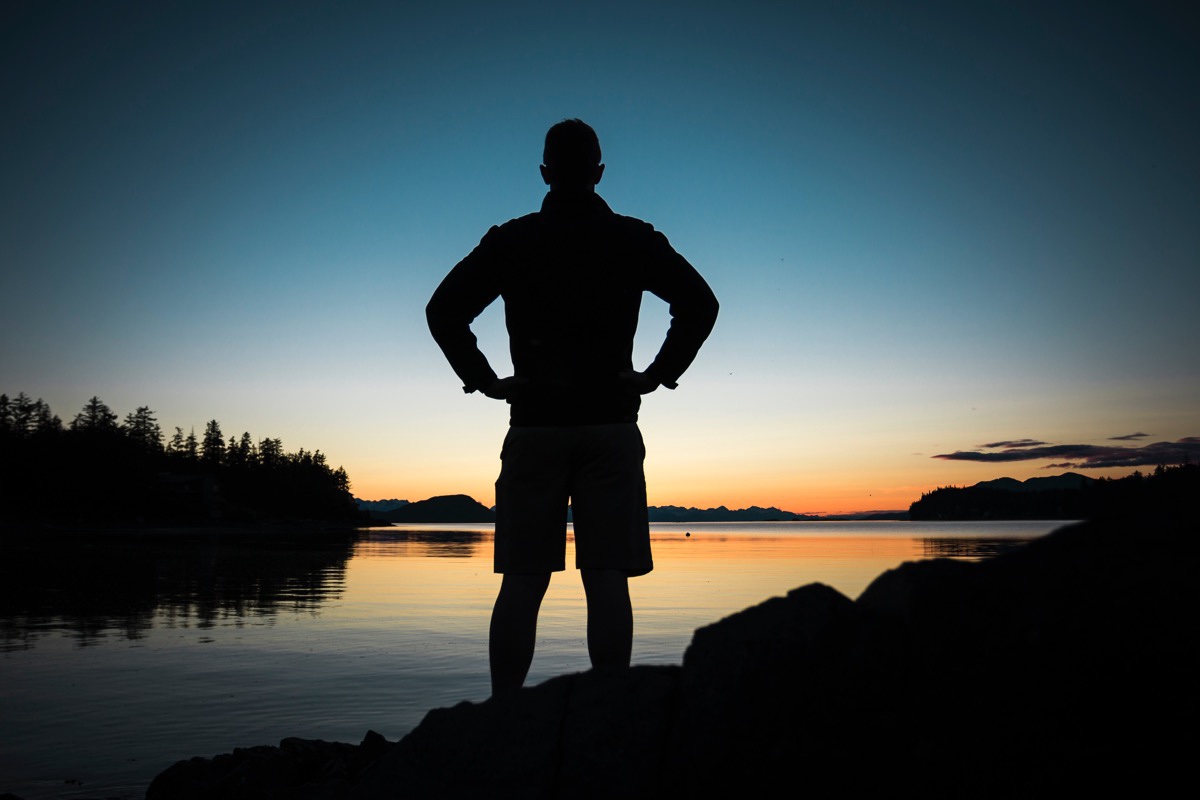 For most guys, the level of frustration they have while in the Friend Zone with an attractive woman is usually inversely proportionate to the number of options they have with other attractive women (plus one).

For example, if you know two other possible hot chicks you might date, you’re 33% frustrated with the Friend Zone female.

If you have ZERO other options, you’re 100% frustrated.

Now, if all this pseudo math makes sense, you’re one of those smart dudes who will deconstruct, analyze, and dissect everything to try and figure out why she only sees you as a friend.

Still, through all of your analyses, you may be forgetting this one fact:

Even though you’re “just a friend,” you’re still cool enough, smart enough, or funny enough to be her friend.

Maybe she likes someone else, or she doesn’t feel physically attracted to you, or maybe you’re too intense and that’s keeping you in the Friend Zone.

Maybe she's had a few bad relationships and doesn't want to get involved with anyone.

What can you say with some degree of certainty? Simple.

Some guys are creepy, weird, boring, overbearing, obnoxious, or have some other personality defects where your attractive female friend would NEVER even be friends with them.

Yet, she’s friends with you and that means something.

It means you’re already kind of awesome (even if you don’t see it for yourself). 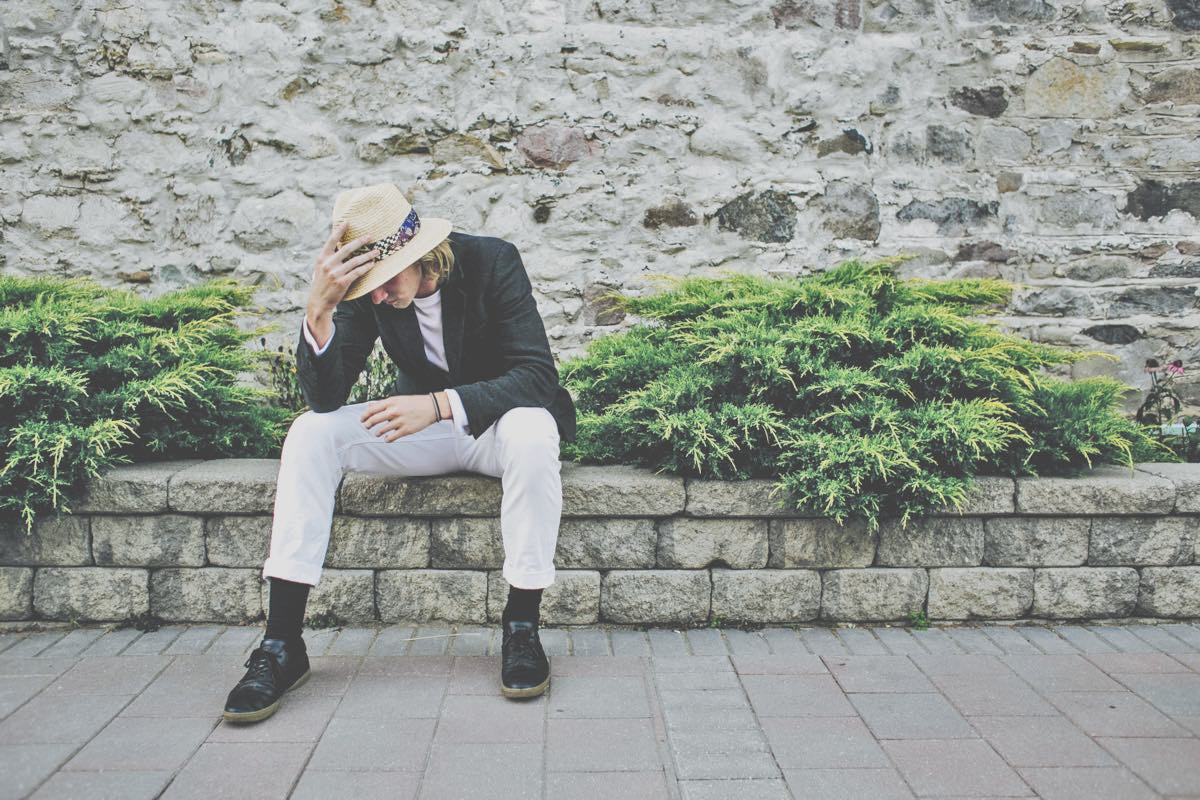 3. Let Her Make You Over

This next step for escaping the Friend Zone is easy.

You shop. She picks out things that look good on you.

Or, you ask her about your hair and what style would look the best on you.

Or, ask her what kinds of clothes or outfits she finds most attractive on other men.

Either way, you are going to look like a new man with your free image overhaul (courtesy of your female friend).

I can’t tell you how many times I’ve received compliments from women on a shirt, jacket, or tie I was wearing that was picked out by another woman.

I also can’t tell you how many times I’ve picked out something “trendy” myself and received this response from a woman:

"Yeah…uh, it’s different. Hmm. Do you still have the receipt for it??"

Now, if you are worried about imposing on her, don’t be.

You helped her move in her new couch, drove her around when her car was in the shop, and paid for drinks or dinner before.

She’ll be glad to help you with this one. 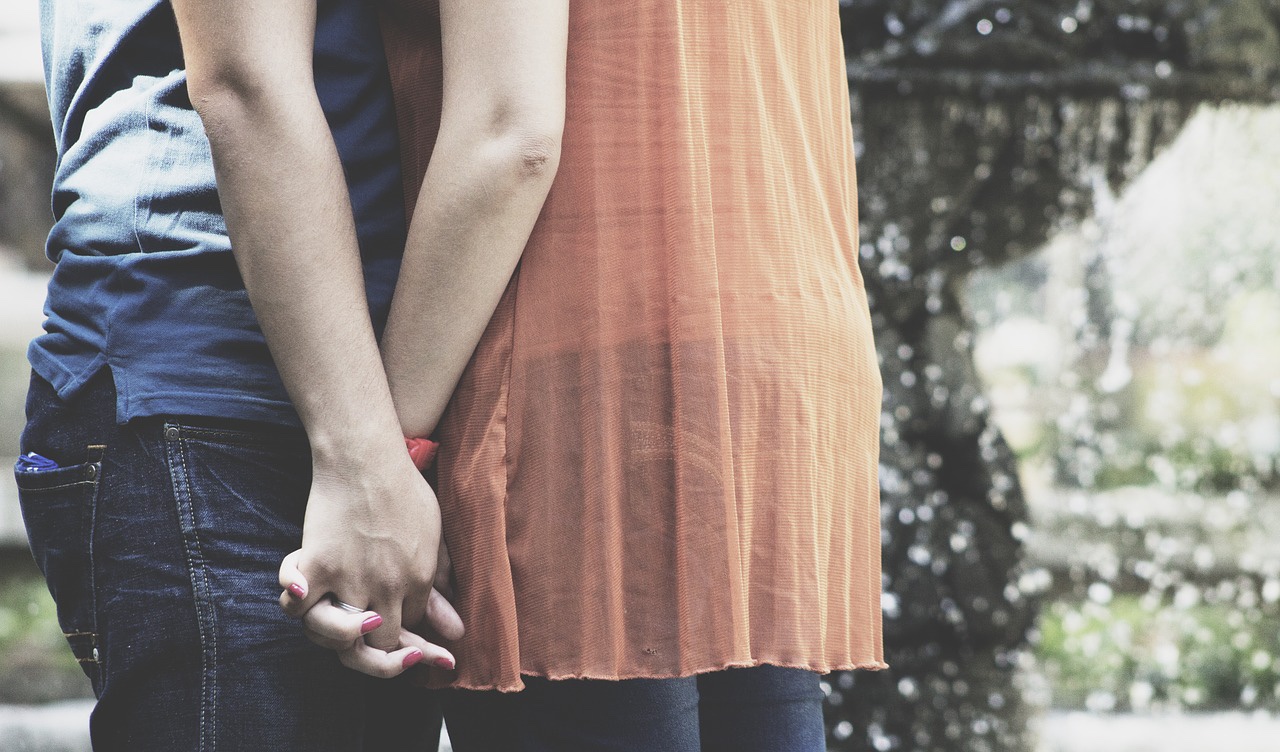 When you’re all slicked up and ready to go, it’s very possible that your female friend may now see you in a new light.

You may even see signs that she now wants to be more than friends.

Things may even shoot right out of the Friend Zone into romantic or physical territory.

If this happens, great.

If not, do what any normal, red-blooded guy would do.

After your dates, it’s perfectly okay to discuss them with your female friend (minus the explicit details – be vague on these).

I know you might cringe at this last part and think:

"Oh no! Then we’ll NEVER be more than friends! She’ll think that I don’t care anymore or think I’m a jerk!"

If you're thinking that right now...relax, and ask yourself this question:

Does being completely devoted and “faithful” to her make you look like a stud or more like a harmless, asexual entity – like a stuffed animal or a pet?

The truth is, you have every right to date around because you two are just friends, right? Of course.

Plus, another possible outcome is that she will suddenly become more curious about your dates, more flirtatious with you, and maybe even a little jealous.

Why? Because, this puts you back in the running as a potential romantic partner and not just an asexual, platonic hang-out chum. 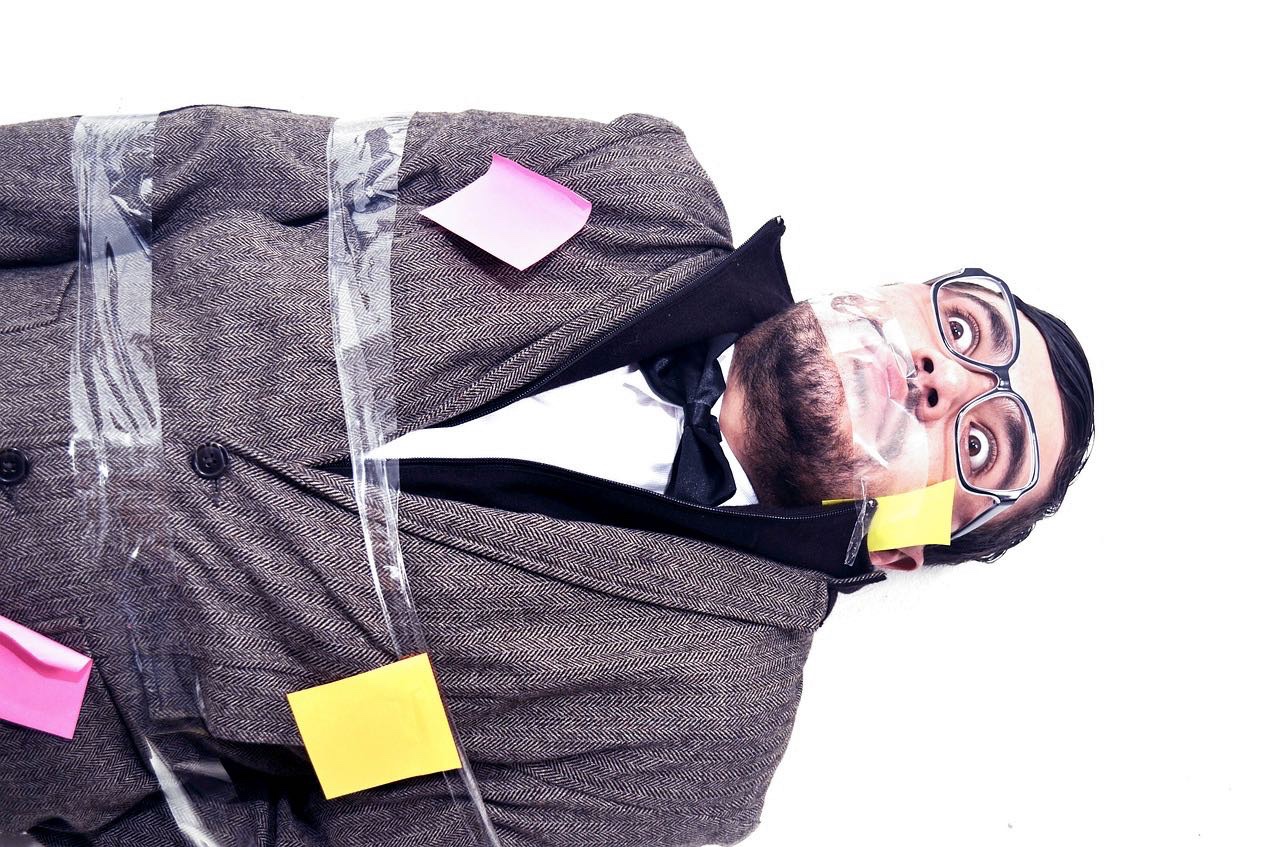 During my college years, I was stuck in the Friend Zone with someone I really wanted to date.

We hung out constantly, made each other laugh all the time, but there was nothing physical going on whatsoever.

Then one day, I gave her the old, “I like you way more than friends and this is becoming too hard for me” speech.

After that, I stopped talking to her altogether and she didn’t seem to mind.

Looking back, she had a long-distance boyfriend at the time.

So, her “just friends” position made total sense. She wasn't "using" me.

She may have even liked me but she was just being faithful to someone else.

The BIG, huge, ginormous lesson here is this:

Telling a woman your “true” feelings about her can scare her away – especially if you haven't even kissed her yet.

Now, if you’ve cut out the Friend Zone behaviors, you’re working on your looks, and you’re meeting new women, don’t forget this Rule Number One:

If you haven’t even kissed her yet, don’t spill your guts about your true feelings for her.

Most importantly, have the discipline to hold back your urge to show any "boyfriend" behaviors (e.g., being "faithful" to her, doing unsolicited favors, always being available, etc..).

Sure, if she throws herself at you and declares her undying love, then you can say something back.

For anything less, stay vague and say something like this: 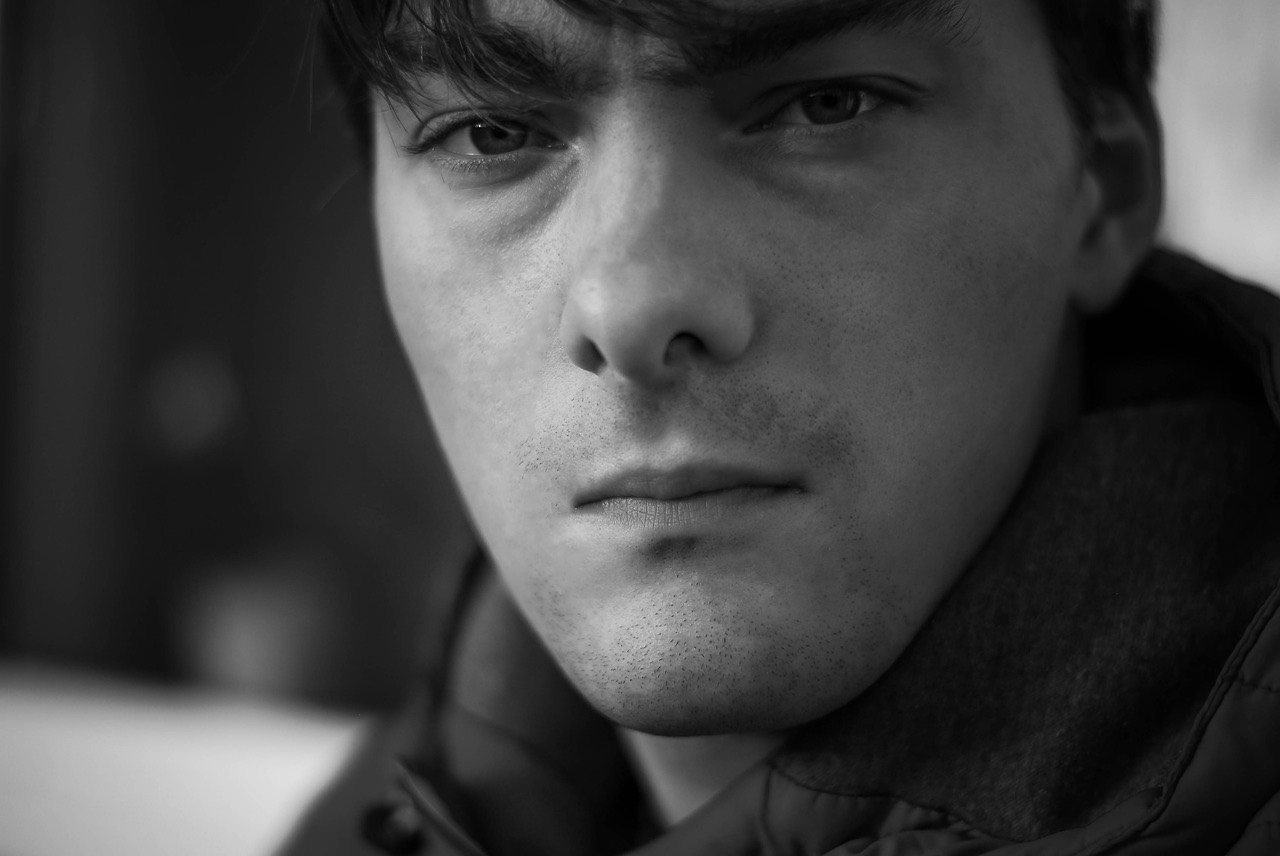 One thing most women experience at some point in their lives is the “nice” guy who later turns into a serious asshole.

This is another reason why many attractive women don’t trust any guy who’s extra nice to them in the beginning.

Now, if you're stuck in the Friend Zone with some chick you really like, the idea to remember here is this:

It’s not her fault that she’s not attracted to you and she owes you nothing beyond friendship.

Everything you gave her (time, energy, money) you may have given her with an unnatural sense of expectation (i.e., a physical or romantic relationship).

If this applies to you, remember that attraction is not something you earn.

It’s not something she owes you.

It’s something two people feel for one another.

Still bitter? Still think she's a jerk for not liking you back after, as you say, "...you gave her everything"?

Imagine you had a funny and cool gay neighbor who was always helping you with chores, listening to your problems, and bringing you food.

He's just a cool dude and he's always doing things for you (and you don't seem to mind).

Now, what if he tried to kiss you or cuddle with you while you two were watching a movie then got angry when you pushed him away?

Is he still a “nice” guy if he storms off after saying this:

"Oh my God! What's your problem?! I helped you put together all your shitty IKEA furniture and you won’t even kiss me?? Thanks for using me and stringing me along all this time!"

Yes, that would be hella-awkward but what if he accused you of “putting” him in the Friend Zone?

You just don’t have any feelings for him beyond being buddies and now he’s acting like a pissed-off crybaby.

Do men do this sort of thing to women all the time?

Being a jerk to her if she wants to be “just friends” is SUPER unattractive behavior.

Let me make this even more clear.

Here is you at your LEAST attractive:

Here is you at your MOST attractive:

Once you’re showing up with your most attractive self, if she wants you in a physical way, go for it.

If you find someone else who likes you enough to kiss you and sleep with you, go for her.

Either way, you win.