Three Benefits of Being Stuck in the Friend Zone 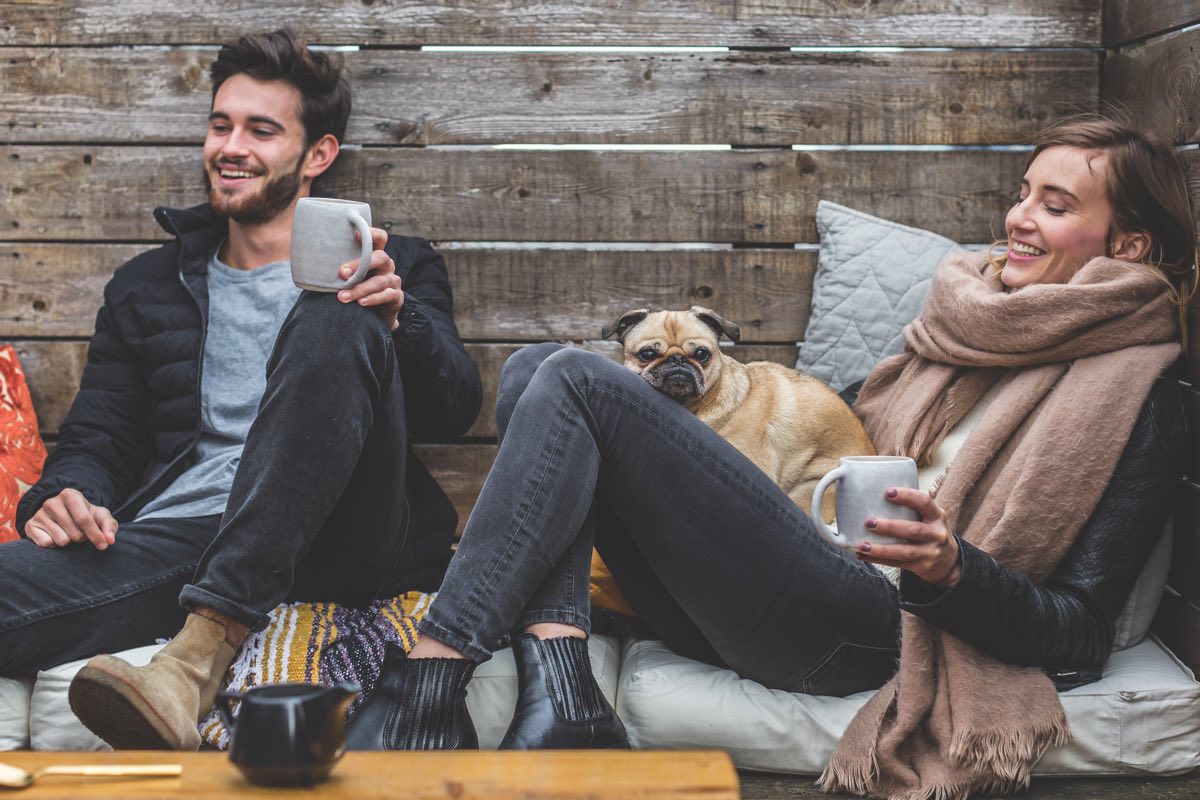 I’m proud to say that I’ve been in the Friend Zone before and things didn't end with me shoving my head into a gas oven.

Way back in the day, I even remember hearing these words that most guys long to hear from a beautiful woman:

"Why don’t you stay over tonight and I’ll make you breakfast in the morning??"

Yes, I once got invited to sleep over with a female friend and what did we do?

We watched movies, talked, and cuddled.

Not exactly and here's why:

You see, when this particular sleep-over happened, I was more mature than in my younger years - where a Friend Zone situation involved frustration, anger, and things ending in a really weird way with a woman I liked.

So, my female friend had just gone through an ugly break-up and I was just being a good friend.

Also, I was more than aware of the fact that I met and dated two other girls because of her.

Yes, this same chick helped me hook-up with other girls before!

Now, if she was my only source of female contact in the world, yes, I would have lost my mind spending the night as "just friends."

However, when you have other sources of female contact (casual or intimate), the pain of being stuck in the Friend Zone becomes way less.

So, this leads up to the main reason you might be angry about being "just friends" with a woman you like.

Note: What comes next is NOT what you want to hear, but keep reading if you think you can handle it... 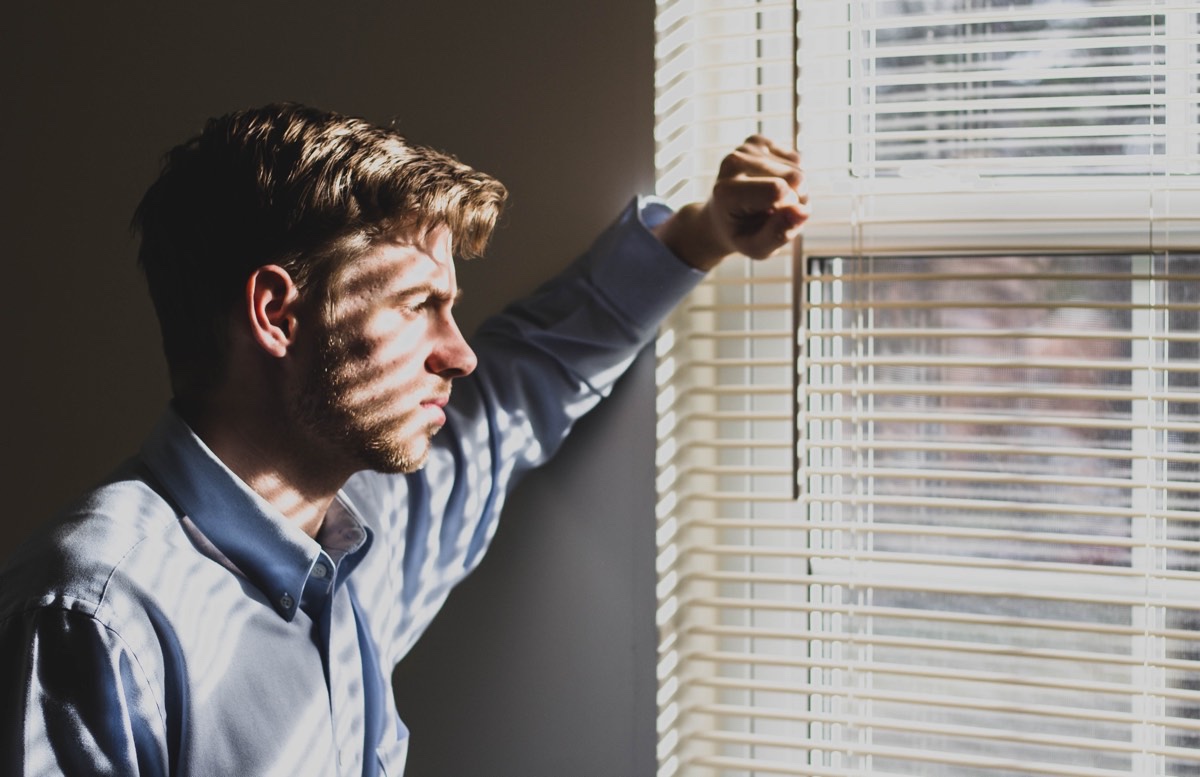 Now, if you’re reading this and you’re in the Friend Zone right now with a woman and it’s REALLY bumming you out, allow me to make it worse (then better).

I’m gonna make it worse by pointing out this not-so-obvious fact:

If you’re angry about being stuck in the Friend Zone with an attractive woman, you’re really angry about your lack of options with women in general.

No, I’m not trying to pull a Dr. Phil here or reveal myself as a turncoat against Team Dude.

I’m just speaking from experience and pointing out these not-so-obvious ideas:

As a single dude, you’ll have times in your life when you just don’t know a lot of available, attractive women.

During these dating “lulls,” you might expect too much from your attractive female friend or try extra hard to “make something happen.”

Once you date other women (no matter how they look), you’re not in the Friend Zone with your hot friend anymore. She’s just a friend and that dynamic becomes manageable.

On the other hand, if you only have one (1) attractive female in your life and she "doesn't like you in that way," wow...lookout.

Now, you might think you're in love with her, but most of the time, your thoughts around her are not filled with love.

Your thoughts are heavy and dense because you're wondering why - despite all the time, energy, and money you've spent on her - she doesn't even want to kiss you.

Those thoughts are filled with frustration, bitterness, and then rage - especially when she starts talking to you about the guy she really likes.

Sound familiar? If so, ask yourself this question:

Are all of these negative feelings justified or kinda your own standalone issues?

It's kinda your own issues bubbling up, right?

Plus, negative feelings get worse when you fail to see the good in situations.

For example, if you're secretly in love with some chick you've known for years, but she only wants to be friends, you are NOT seeing the positives.

However, when you take a step back, things are not really as bad as they seem

In fact, here are three "benefits" that should make you okay with being “stuck” in the Friend Zone: 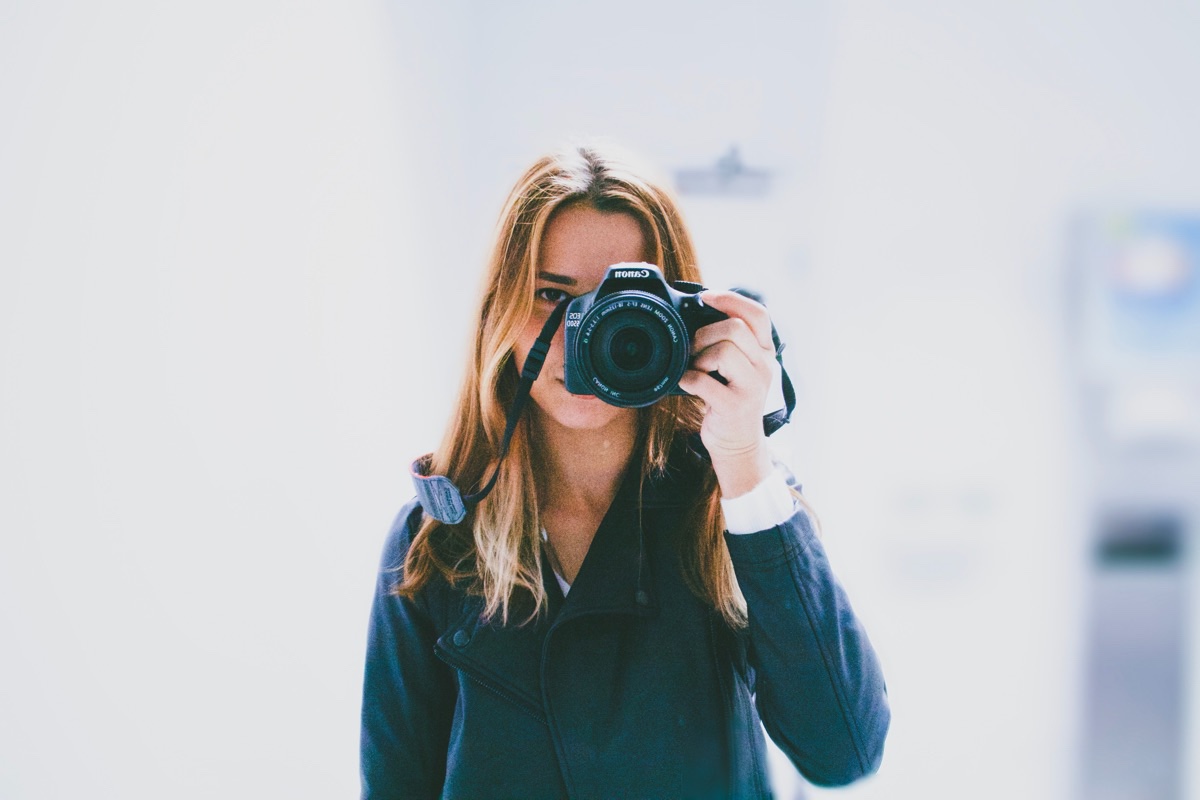 Knowing an attractive female who is just a buddy can be a great source of frank advice for all areas of self-improvement.

For things like style, grooming, and attitude, a good female friend can help you improve yourself immensely.

In fact, if your female friend is not already actively trying to improve you, don’t waste your opportunity for all sorts of precious feedback.

Ask her about your clothes, your shoes, your hair, your cologne, your walk, your talk, and your overall energy level.

Ask and she will LOVE to tell you.

When you take her advice, guess what you become?

That’s right…WAY more attractive – specifically to women who are just like her. 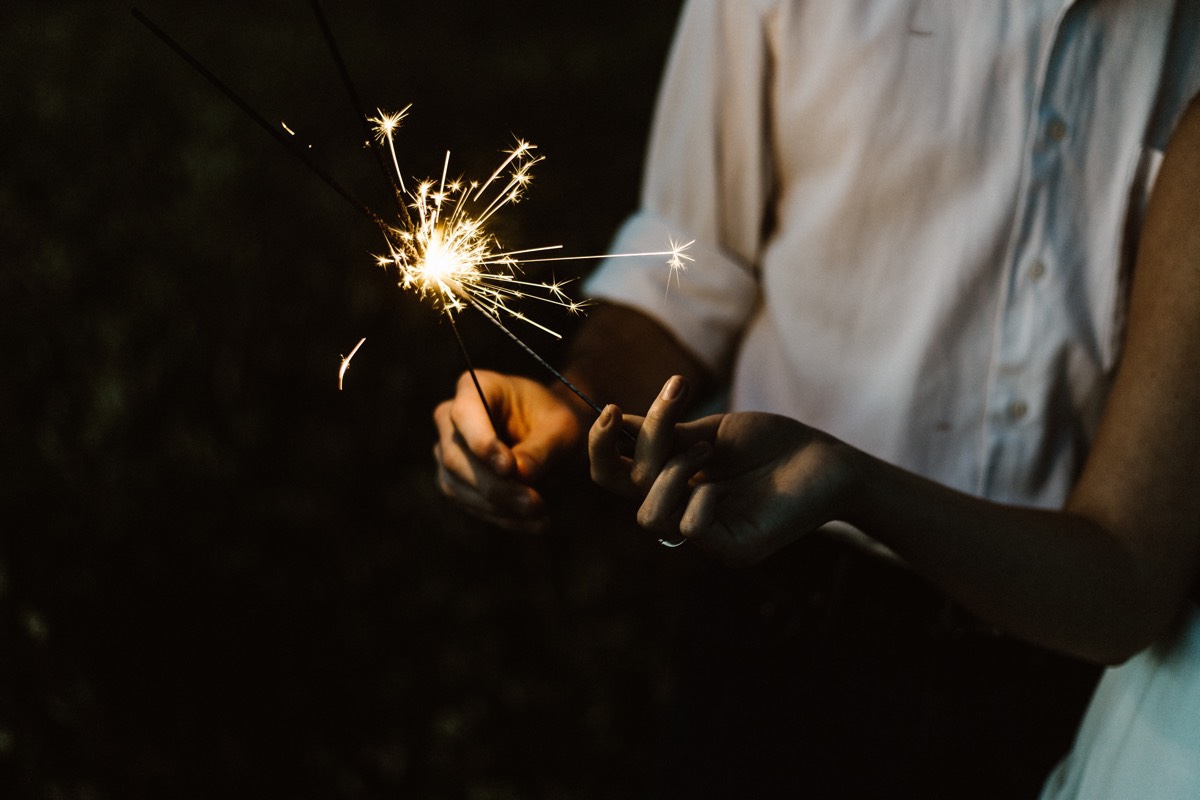 Just like getting free image advice can help you, dating advice from a female friend can give you a huge advantage too.

Once again, your female friend can act like the best filter in the world for all of your moves and plans.

If you don’t know what to do with other women, just ask your female friend.

Consult her on your ideas for dates, your thoughts on what women do an do not want, and spare no detail when asking.

Even during your own interactions with her, she may be giving you subtle reminders about basic turn-offs for women that you should avoid.

For example, if you were thinking about sending a long, wordy text to a woman you just met, your female friend might say this:

"Whoa. You're not texting her your life story are you? Short and sweet is better..."

That's information that can help you just like you'd help her by saying this:

"Your make-up's nice but a little heavy...unless you're going for more of a sexy clown look..."

No matter what, if you see your female friend as a resource and not a source of frustration, you will learn.

You will learn to be a better version of you – a version that other women who you haven’t met yet will probably find very attractive.

Plus, just think about this for a second.

What kind of guys usually struggle around attractive women?

It's usually guys who don't have much experience hanging out with women who look good, right? Oh yeah.

Around an attractive female, these guys might be nervous and over-giddy OR they might overcompensate with an annoyingly-conceited attitude.

Now, what about a guy who hangs out regularly with a hot chick - even if she's just a friend?

Well, that guy is already learning the invaluable skill of just being normal and cool around women.

If that's you, you're actually better off than a lot of guys - whether you know it or not. 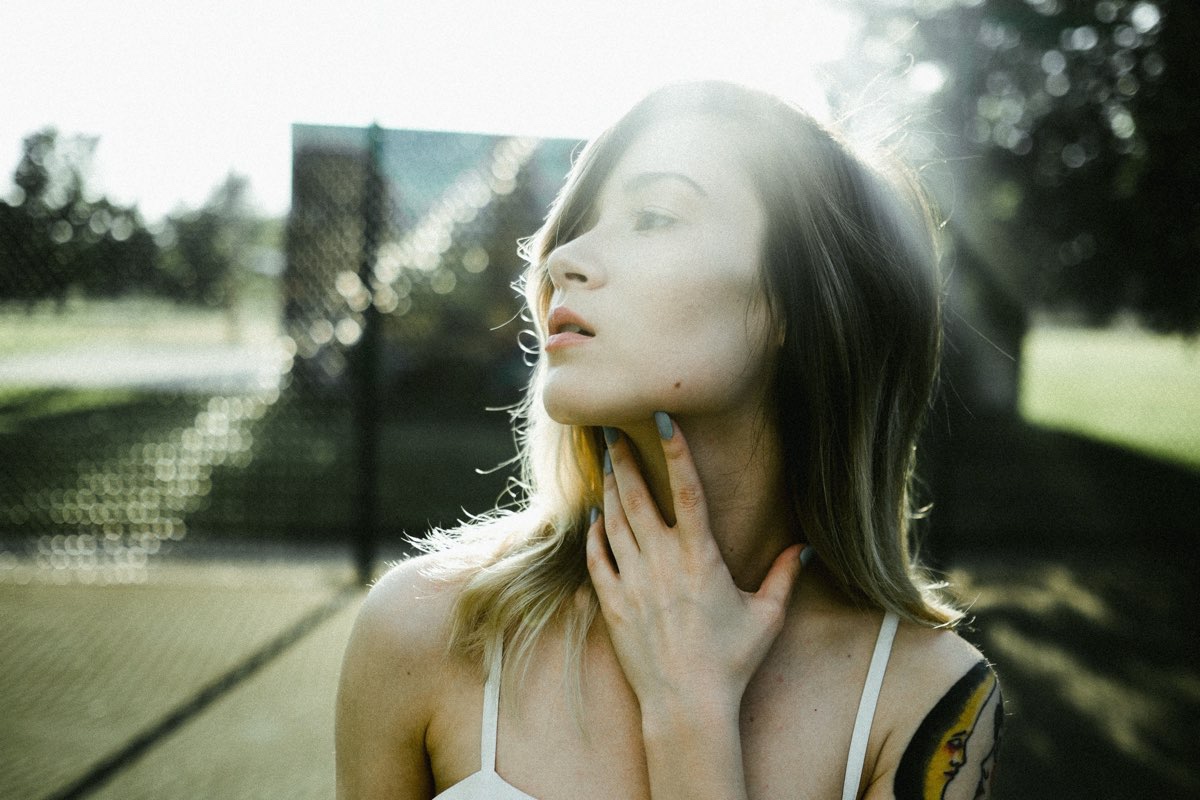 3. The World’s Most Amazing Wing Person

Why is it that women always seem to be more interested in taken men than those obviously-single dudes wandering around the bar?

Is it evolutionary biology that frames the taken guy as safer or a better mating option because he already has someone?

Is it because women are competitive, curious, and complicated?

I don’t really know for certain, but I would imagine it’s a combination of all of the above.

No matter where you are, having your female friend next to you automatically makes you WAY more attractive to other women.

This is the most beautiful part of being "stuck" in the Friend Zone with a woman you wish you be with physically.

That is, when you can confirm with your female crush that you two are only gonna be "just friends," you can tell her this:

"I'm cool with being just friends. Now you can help me pick out the right girls from the crazies..."

If she really has no physical feelings for you, she’ll be more than happy to help you meet new women.

She'll help you to show up looking your best.

She’ll make you look good simply by being around you.

She’ll help you succeed with new women where you may have otherwise failed.

What’s not to love about that??