1. Finding Your Most Confident You

3c. Going from Your Worst to Your Best 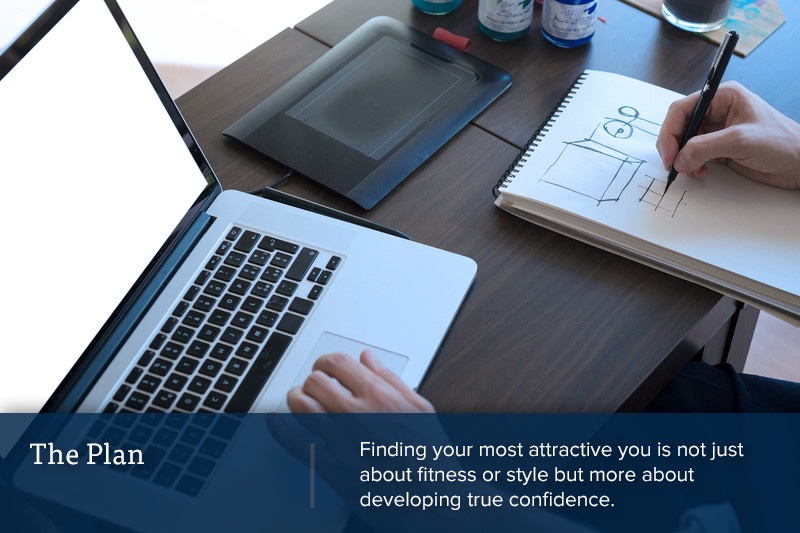 Beginnings of a Plan

…looks (and even money) can sometimes get you nowhere if your energy, thoughts, and behaviors are a huge turn-off to women.

After my conversation with John, I had this other big realization:

There is a version of me that is unattractive and terrible with women in a way that leads to embarrassment and frustration.

The funny part was that this sad-sack version of me was worse when I was younger and in much, much better shape (versus those later years when I started to feel truly confident around women – even though I was not as lean and muscular as I was in my teens and twenties).

How could this be? Aren’t looks everything?

Well, the truth is, looks (and even money) can sometimes get you nowhere if your energy, thoughts, and behaviors are a huge turn-off to women.

Conversely, if you are light on the money and looks side – but you have a sense of humor and rock-solid confidence with women – you can still be very successful dating the kind of women you really want.

You can go from being an “average” Joe, to being a “super” Joe.

When that happens, you become that guy women talk about when they say this sort of thing:

So, I decided that there must be a plan to work up to the dating and relationship part in a way where I was showing up with the best, most attractive version of myself.

Over the course of several years, that’s exactly what I created, a plan – one that you will learn about very specifically, very soon. 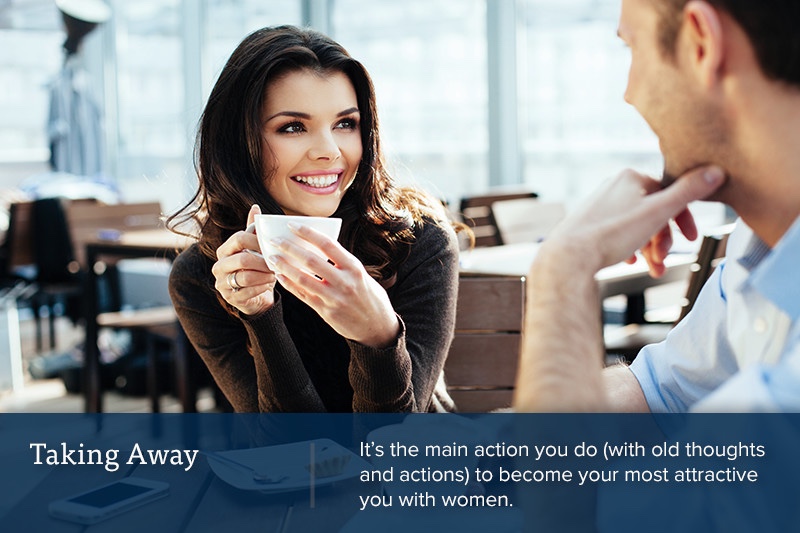 Your Most Attractive You

The truth is, no matter what you look like, there is a version of you that women find very attractive.

There is a version of you who knows what to say and what to do – especially when it comes to interacting with beautiful women with whom you’d like to be more than “just friends.”

There is also a version of you that is confident, interesting, and different from other guys – so much so that many women will find themselves instantly attracted to you (with very little effort on your part).

No, this is not some kind of subliminal hypnosis message.

This is a fact.

Your most attractive and confident you is already there – you just have to uncover him.

“Uncovering” that version of you involves removing what is holding you back (e.g., bad thoughts and bad behaviors).

At the same time, you’ll be defining and honing the unique details of you that make you awesome.

It’s similar to what the sculptor Michelangelo meant when he said this:

Trapped in the slab of marble, I saw a winged angel and I carved away until I could set him free.

That is what this program is designed to do; it’s here to set you free.

You just have to be willing to “carve away” a little and you’ll see how much differently women respond to you after that (all without the aid of pheromone cologne, penis enlargement pills, or a shiny, new sports car).